While every real estate market is different, the overall feeling among many industry leaders is positive about the pending recovery of the housing market. Yearend figures are streaming in and all of them seem to indicate consumers are taking advantage of historically low interest rates and reduced housing prices 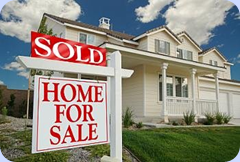 Mortgage rates for the year at lowest rate since 1947

“Mortgage rates ended this year near record lows. The 30-year fixed-rate mortgage averaged 3.66 percent for 2012, the lowest annual average in at least 65 years. Rates on 30-year fixed mortgages were nearly 0.6 percentage points below that of the beginning of the year, which translates into an interest payment savings of nearly $98,600 over the life of a $200,000 loan. Moreover, opting for a 15-year fixed mortgage at today’s rates, a homeowner could save an additional $138,400 in interest payments.” according to Frank Nothaft, vice president and chief economist of Freddie Mac in a release December 27, 2012,

According to David M. Blitzer, Chairman of the Index Committee at S&P Dow Jones Indices,” it is clear that the housing recovery is gathering strength.  Continued annual price gains and the strong performances in both the southwest and in California, both of which were strongly affected by the housing bust, “confirm that housing is now contributing to the economy. Last week’s final revision to third quarter GDP growth showed that housing represented 10% of the growth while accounting for less than 3% of GDP.”

Another indicator of consumer confidence was reported recently when the Department of Housing and Urban Development and the U.S. Census Bureau reported sales of newly constructed single-family houses increased by 4.4 percent in November, to a seasonally adjusted rate of 377,000. This is an increase of 15.3 percent from the rate in November 2011 and is the ninth time in the last 12 months that sales have increased. The inventory of unsold homes continues to decline.

“There appears to be a renewed sense of optimism in housing. Homebuyers, regardless of their stage of life, still want and need larger homes,” said National Home Builder Pulte’s chief marketing officer Deborah Meyer in a release. “Consistent with our consumer research, the survey results show that today’s buyers are equally focused on more efficient use of the spaces within their homes.” The average size of a newly built home increased 3.7 percent in 2011 from 2010, according to the U.S. Census Bureau. That was the first annual increase since 2007 and indicates that home builders  are  seeing demand for larger spaces.

CNBC reported in November that Buyers are coming back to the housing market in ever greater numbers, as an industry index measuring contracts to purchase existing homes surged 5.2 percent in October from September. The monthly gauge of pending home sales from the National Association of Realtors was also revised higher in September and is now up 13.2 percent from October of 2011. This is a forward looking indicator that closed transactions will show additional improvements by year end.

The National Association of Realtors® (NAR) Pending Home Sales Index reached the highest level seen in two and a half years in November after posting its third consecutive monthly increase.  The previous recent high was in April 2010 when buyers were rushing to qualify for the homebuyers’ tax credit. Lawrence Yun, NAR chief economist, said home sales are on a sustained uptrend.  “Even with market frictions related to the mortgage process, home contract activity continues to improve.  Home sales are recovering now based solely on fundamental demand and favorable affordability conditions.”

NAR’s press release noted that pending home sales have increased over the previous year’s level for 19 consecutive months.  “The upward momentum means existing-home sales should rise 8 to 9 percent in 2013.

Home Prices Up 4.3% From Year Earlier

The improved housing market is attributed to historically low rates and affordable pricing, but a greater impact from steady job creation and rising consumer confidence about home buying might be the motivation now as home prices begin to increase.